Douglas Adams, I find, has always has good advice…even when i feel like an infinitely morose robot… ;D 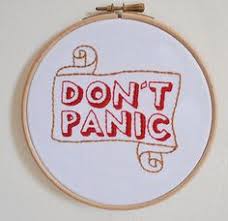 The first level above RDF required for the Semantic Web is an ontology language what can formally describe the meaning of terminology used in Web documents; beyond the basic semantics of RDF Schema.

Q. What does the acronym “OWL” stand for?

A. Actually, OWL is not a real acronym. The language started out as the “Web Ontology Language” but the Working Group disliked the acronym “WOL.” We decided to call it OWL. The Working Group became more comfortable with this decision when one of the members pointed out the following justification for this decision from the noted ontologist A.A. Milne who, in his influential book “Winnie the Pooh” stated of the wise character OWL:

ontology in a functional frame.

not gonna say i disagree.

Parmenides was among the first to propose an ontological characterization of the fundamental nature of reality. Ontology is the philosophical study of the nature of

Principal questions of ontology include:

One common approach is to divide the extant subjects and predicates into groups called categories. The categories are, properly speaking,[2] the ways in which a being can be addressed simply as a being, such as

Philosophers can classify ontologies in various ways using criteria such as the degree of abstraction and field of application:[3]

Heidegger distinguished human being as existence from the being of things in the world. Heidegger proposes that our way of being human and the way the world is for us are cast historically through a fundamental ontological questioning. These fundamental ontological categories provide the basis for communication in an age: a horizon of unspoken and seemingly unquestionable background meanings, such as human beings understood unquestioningly as subjects and other entities understood unquestioningly as objects. Because these basic ontological meanings both generate and are regenerated in everyday interactions, the locus of our way of being in a historical epoch is the communicative event of language in use.[11] For Heidegger, however, communication in the first place is not among human beings, but language itself shapes up in response to questioning (the inexhaustible meaning of) being.[14]Even the focus of traditional ontology on the ‘whatness’ or ‘quidditas’ of beings in their substantial, standing presence can be shifted to pose the question of the ‘wholeness’ of human being itself.[15]How to determine the ‘fitness’ of a ‘language’ to the world then becomes a subject for investigation.

According to A.N. Whitehead, for ontology, it is useful to distinguish the terms ‘reality’ and ‘actuality’.

Examples of other philosophical proposals or candidates as actual entities, in this view, are Aristotle’s ‘substances’, Leibniz’ monads, and Descartes ′res verae’ , and the more modern ‘states of affairs’.

There is also generally an expectation that the features of the model in an ontology should closely resemble the real world (related to the object).[3] What many ontologies have in common in both computer science and in philosophy is the representation of entities, ideas, and events, along with their properties and relations, according to a system of categories. According to Gruber (1993):

Contemporary ontologies share many structural similarities, regardless of the language in which they are expressed. As mentioned above, most ontologies describe individuals (instances), classes (concepts), attributes, and relations. In this section each of these components is discussed in turn. Common components of ontologies include:

When embedding the example OWL ontology to RDF, every statement must be converted to triples – see the figure below. For example, the ∃R.C restriction is formed by anonymous resource of type owl:Restriction. This anonymous resource (blank node) is a subject for two properties owl:onProperty and owl:someValuesFrom that relate the restriction relation (property) and concept (class). The anonymous resource is then used to be related to the constrained class (by rdfs:subClassOf in our case). The example expressed in triples and serialized in N3 follows:

The OWL DL uses all the SHOIN(D) features. The overview of the possible descriptions, data ranges, properties, individuals and data values is shown in the table in the previous page. The DL description of the semantics was introduced in one of the previous sections. The domain of individuals in the model is ΔI, the domain of data values ΔID was added to specify semantics of data ranges. The ontology is formed by constraints on a model. The axioms that can be used to constrain a model are summarized in the table in the previous page. In addition to the standard description logic features there are so called annotation properties added. In addition to RDFS annotation properties (such as rdfs:comment andrdfs:label) there are properties that allow to state for example version information, state compatibility or incompatibility between ontologies. There is also a constructowl:imports

Thanks, as always, for visiting. Hope you are having a very lovely day.